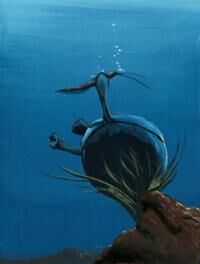 Dear Sir, Madam, Hemaphrodite, or It; Basically, speculative evolution is about what could have evolved in the past, what should evolve in the future, and what might evolve on alien planets. What's interesting about it is that, due to the randomness…